In Ukraine, embroidery is one of the richest manifestations of decorative and applied arts. A richness of colors and embroidery techniques, the symbolism of ornaments and its popularity are due to the fact that the tradition is rooted in ancient times. Scholars believe that embroidery was known in the modern Ukraine area in the 2nd century BC.

For Ukrainians, embroidery on shirts, towels, and household items always had and still holds great value. These items serve as special amulets that create positive energy and protect the owner from all evil. That explains why the tradition of embroidery remains, despite the change of state formations over the centuries and millennia.

In each family, mothers and grandmothers taught girls to embroider, accompanying the process with traditional singing. This contributed to a deep intuitive understanding of the semantics of embroidered ornaments and images.

The special significance of embroidery in Ukrainian life is reproduced in the song “Two Colors, My Two Colors”. This song is about the interweaving of red and black colors that are characteristic of embroidery in many ethnic regions of the country. According to one of the ancient censuses of this song, red color embraces the concept of love as the driving force of life and black color represents land that nourishes and enriches.

Every girl preparing for marriage had to embroider a dowry for her wedding – shirts and towels, which were to serve as faithful defenders of her family.

However, the practice of embroidery was not limited to folk tradition. The school of high embroidery art developed during the times of Kievan Rus. The rich decoration of the prince’s court and the clergy often surprised Europe and Constantinople at that time.  In the 17th and 18th centuries, there was a large class of wealthy families in Ukraine. To exercise power, hetmans were elected. They had to communicate with the rulers of neighboring countries and establish cultural and diplomatic relations with European kingdoms and empires. At that time, Ukrainian embroidery was greatly modernized. In terms of secularism, richness, and elegance, it was not inferior to the trends of the royal fashion in France, Italy, and Spain. Researchers call that period “Ukrainian embroidered baroque”.

Ukrainian public and cultural figures have always understood the uniqueness and power of Ukrainian embroidery. In the second half of the 19th century, when the lands of Ukraine were part of two empires, the Ukrainian intellectuals were the main defenders of Ukrainian culture. It is a known fact that the famous poet, writer, scientist, journalist, and politician Ivan Franko introduced a new fashion in the Austro-Hungarian Empire. He wore a traditional embroidered shirt with a European three-piece suit.

In the 20th century, Ukrainian embroidery has been recognized by world celebrities. For example, the traditional men’s embroidered shirt was worn by the genius Pablo Picasso. It was presented to him by his wife Olga Khokhlova, a famous ballerina from the Ukrainian city of Nizhyn.

A photo of Jim Morrison, the lead vocalist of “The Doors”, dressed in a Ukrainian embroidered shirt is also well known. The photo was captured by cult American photographer Guy Webster in 1966. Some suggest that Jim Morrison’s embroidered shirt was given to him by Andy Warhol. Andy was not indifferent to his Ruthenian origins (Transcarpathia) and frequently visited the Ukrainian ethnic store “Surma” in New York.

Modern Ukrainians consider it a special pride to wear embroidered shirts on major personal, religious, or public holidays and even introduced Embroidery Day at the end of May.

Wearing Ukrainian embroidered shirts is considered fashionable. Designers in Ukraine and abroad understand this powerful demand. Because of the possibilities of modern computer embroidery equipment, ancient ornaments are becoming an ultra-modern recognizable trend in fashion and decoration.

Over the last decade, the designers of Dolce & Gabanna, Gucci, Valentino, Jean-Paul Gauthier, John Galliano, and others created their new collections inspired by Ukrainian embroidery. In modern Ukraine, embroidery is undergoing a process of rapid revival and development. New brands are constantly appearing, using industrial embroidery in collections designed for mass and exclusive customers.

The official representative office of Ricoma in Ukraine has 10 years of successful development experience. The company’s motto “Think Beyond” is embodied in the daily work with customers. In the conditions of the Ukrainian market dynamic development, the “Ricoma Ukraine” company’s mission is to deliver the latest innovative equipment and the highest level of customer service and support.

5 Steps to Starting a T-Shirt Business With Heat Transfer 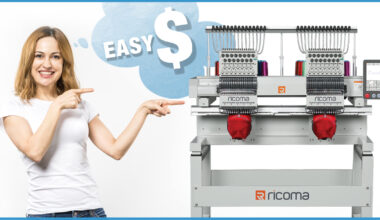 Read More
RRicoma News
Judging by the title of this blog, it’s safe to say you’ve probably done a bit of research… 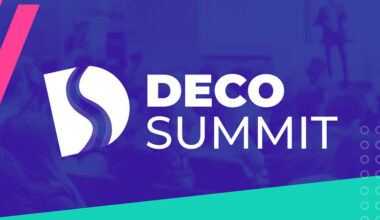 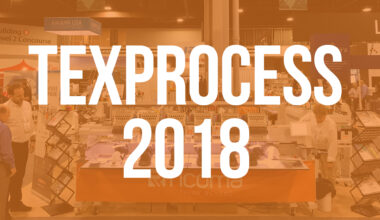 Read More
RRicoma News
One of the most popular trade shows in the world, the TexProcess Americas trade show tends to draw…