One of the most popular trade shows in the world, the TexProcess Americas trade show tends to draw crowds from all over the world. This year, Ricoma booked a 20-by-30-foot booth to demonstrate its latest technology.

Held once every two years in the Americas, Texprocess Americas began May 22 and continued through May 24.

The three-day fair demanded effort from all Ricoma team members. In the U.S. headquarters, Ricoma’s sales, service and marketing team joined to prepare an elaborate trade show display to debut at the fair.

During the show, Ricoma embroidery specialists showcased a wide range of equipment designed to fulfill the needs of every embroiderer.

The booth carried trusted single-head embroidery machines like the EM-1010, the RCM1501-TC and the MT-1501. The team also showcased Ricoma’s bestselling two-head, the MT-1502, and its latest multi-head, the CHT2-1506.

With new developments underway, Ricoma also revealed a teaser video at the booth that gave booth attendees an inside look at Ricoma’s upcoming technology.

Among the newest technology Ricoma revealed was a brand new panel. While the panel is not yet available in the U.S. market, guests were pleased with the panel’s new features, along with its look and feel, which resembles a tablet.

Although little is still known about the release date of Ricoma’s latest developments in the U.S., Ricoma’s VP of Operations, Miguel Ciarreta, said users can expect to start seeing new technology by the end of this year.

Ricoma Account Executive Brent Escobar was one of 10 team members present at the show.

For Brent, having the ability to connect with distributors and customers face-to-face was the most rewarding part of his experience. Usually, Brent said, we’d have to rely on video or the customer traveling to our headquarters to get a firsthand look at the machine’s performance. Attending the trade show helped bridge the gap between manufacturer and consumer, granting a more hands-on experience to both the attendees and the Ricoma staff.

How to use your embroidery machine more efficiently 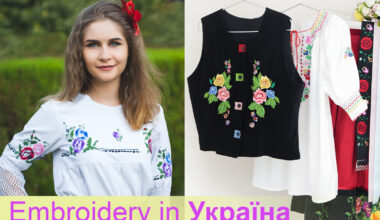 Read More
RRicoma News
In Ukraine, embroidery is one of the richest manifestations of decorative and applied arts. A richness of colors…

Read More
RRicoma News
Judging by the title of this blog, it’s safe to say you’ve probably done a bit of research…